21 building, 2.1 million square foot development on 249 forested acres. The live, work, play campus has offices, an AV production studio, an Events Center, 10 mid-rise residential buildings, and amenities including a fitness center. The campus is expected to receive approximately 1,300 visitors per day. The campus Events Center will serve breakfast and lunch to the entire population of the campus.

Special emphasis has been placed on the preservation of the natural landscape as well as the efficiency and sustainability of the site’s operations. The project has been under design for over 2 years and will begin a 5 year construction period in early 2022, with full occupancy in 2027. All buildings on the campus will comply with the NYSERDA Stretch Code and are targeting LEED Gold Certification with the USGBC. Eleven of the buildings on campus will utilize Mass Timber construction, displacing thousands of tons of carbon-intensive concrete. When complete this site will be the largest Mass Timber project in North America.

An aggressive HVAC load reduction strategy has been employed across the campus. The Architectural team has specified high R-value façade assemblies and triple glazed windows. Passive house principles have been applied to the construction and special attention has been paid to eliminate thermal bridging which will allow the façade to perform as designed and intended. The office building received special attention through an additional façade study to optimize window to wall ratio with regard to HVAC loads and a daylighting/glare analysis. Relaxed HVAC setpoints have been allowed in transient areas such as lobbies and bridges which connect the buildings which connect the core of the campus.

The campus is served by an all-electric Central Energy Plant. The mechanical systems are centered on a geothermal field of 215x800’ deep wells utilizing advanced concentric heat exchanger technology. The plant includes four simultaneous heating and cooling centrifugal heat pumps and well as modular scroll compressor geothermal heat pumps. Waste heat generated by cooling equipment and buildings on campus is cycled directly into the heating systems, including the generation of domestic hot water. Waste heat that cannot be recycled will be rejected to the geothermal field or through two conventional cooling towers. Rainwater detention and reuse will mean that zero potable water will be used for cooling tower make up.

The campus electrical systems will include over nearly 3 megawatts of photovoltaic power and a 10 megawatt-hour utility-scale battery. The natural gas-fired emergency generators provide full electrical power back up for the entire campus. The campus microgrid allows for islanded operation during a power outage. The microgrid also allows for the campus to participate in demand response programs with Con Ed of Orange & Rockland and the New York Independent System Operator (NYISO). To reduce peak domestic hot water loads, passive drain water energy recovery will be employed at each of the over 700 hundred residential apartments. Active drain water energy recovery will be employed at the Events Center which houses the commercial kitchens. A novel approach will be applied to the commercial kitchen exhaust allowing for total energy recovery that will exceed that achievable by even the most efficient enthalpy energy recovery wheels. The campus-wide building management control system will utilize advanced computing and machine learning to optimize energy system operations.

Due to the prohibitive distance from the closest utility pipeline, liquified natural gas is to be stored on the campus. The LNG storage along with the solar PV, battery and microgrid system provides a very high degree of resiliency and sustained operation during an electrical grid outage. The LNG system will initially be filled with conventional natural gas and migrate to renewable natural gas (RLNG) as market availability allows. The electrical infrastructure will provide electric vehicle charging stations for 30% of the vehicles to be parked on campus. 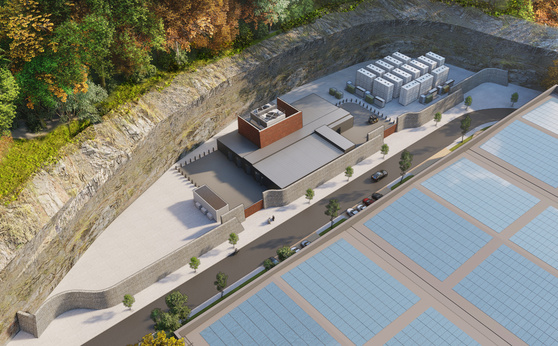 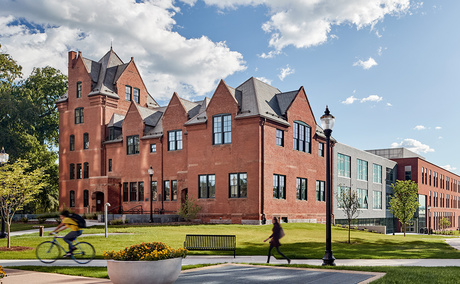 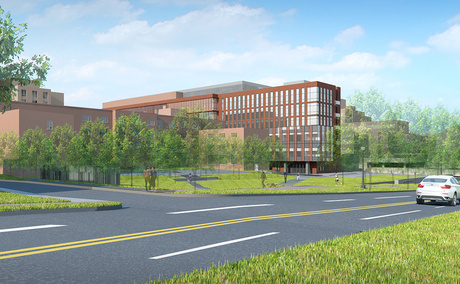